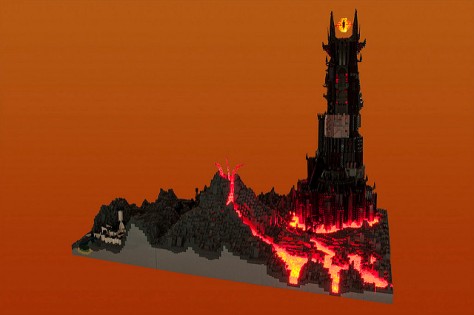 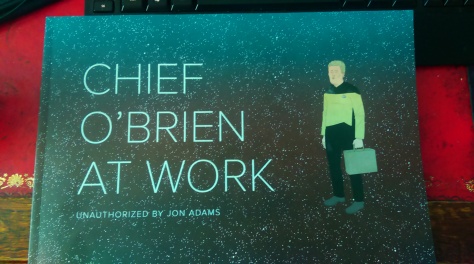 Title of this edition: Chief O’Brien at work.

Synopsis [Warning: Spoiler]: Chief O’Brien is a character of the TV series Star Trek the next generation, he is in charge of transporter, however, through the series it becomes clear that he is completely irrelevant as crew members can order directly to the Enterprise’s  computer to be transported from anywhere in the spaceship to anywhere in the planet or nearby spaceships. The only times he appears in the show are when “something horrible happens to Chief O’Brien”, the rest of the time, he is waiting in the transporter room for someone to be transported (and that is a huge amount of time waiting if you think about it).

Personal Review: This book started as a web comic (we spoke about it back in 2014 TNG: Chief O’Brien). Then it turned into a Kickstarter project (we proposed it as project of the week back in 2015 and pay for a copy). Now it is 2016 and the book is now real.

Something I really like is when it breaks the 4th wall and demonstrates how it was broken in the TV series. “Chief O’Brien, transport me back to the ship from the planet” “planet? what planet? Do you people realise that I work in a room without any windows and nobody ever tells me where we are?”. It is great, because in the TV series it doesn’t seem to be an odd request… but only because the viewer knows everything, that’s why when crew members request transportation, it is natural to us to assume that everybody shares the same amount of information that we have. Brilliant.

On the other side, something I don’t like about the book is that the format limits the jokes. Sometimes repeating the same frame over and over makes a joke, but if you do it all the time, then it is there only to fill space (and you have to do it in order to fill the space in the selected format of the book).

Just to finish with something good, be aware that the book has hidden messages, can you find all of them? [Spoiler to one of the messages]: Put the book under sunlight and then in complete dark. 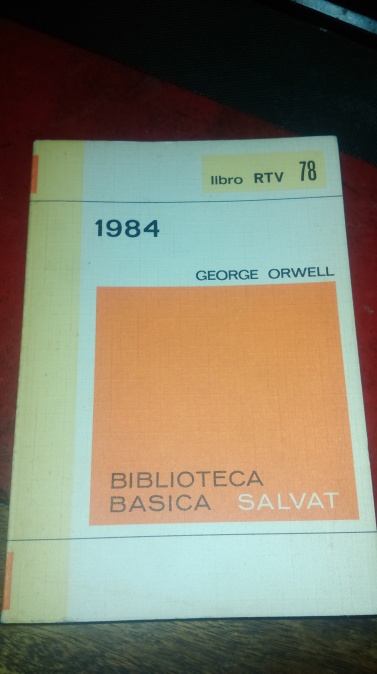 Synopsis [Warning: Spoiler]: This book focuses in the later days of Winston Smith, a member of the party which own thoughts makes him to reconsider the world that has been put in front of his eyes. In a future where the World is divided into three massive countries, each of them has established a totalitarian control of the population to ensure that the status quo remains the same. Winston’s country, Oceania is ruled by the big brother who watches everyone and controls their lives and though.

The strategy followed by the big brother to prevent any revolution from happening is based in changing the past, stopping science, keep a war always going on, constant surveillance, and fear. The main idea is that any of the 3 countries can win the final war, hence there is no point in winning the war, however, war makes industry useful, because only by destroying the production of the industry it can keeps working. The point about controlling though, historical data, and fear, is that nobody will trust anybody else and also they will not trust themselves, because… how many times history was changed?

Living in this world, Winston starts to hate the big brother because he has become aware that everything is a lie to prevent a revolution. Free from the control of the big brother, Winston starts to think and wander around the city. That’s how he meet Julia and fells in love with her. As lovers, Winston and Julia start to unfollow the rules and soon they are caught by the party.

Personal Review: Nineteen eighty four  represents a pivotal point in science fiction because it shows us what can happen if we transfer too much power to the government. Ironically, it was written after the WWII, in 1949. Orwell, who was British was fearing that British democracy could not survive a world where people will fear the A-bomb and where the influence of the government made WWII happen. I said ironically, because Orwell was inspired by WWII, but what happened in the soviet union was pretty much what Orwell depicted in his novel… and it started before his novel was published, and last for another 40 years at least.

Despite I knew the plot of this book and I watched the movie, it is the first time I read it. I have to say that the movie is a very good adaptation (but as a movie is a bad movie). The best part for me was when Winston reads Goldstein’s book and learns what his world is about. The second best part is the torture, and it is good because it really made me pass through an internal reflection. The point where Winston is scared about the rats eating her face is… how can I explain it, because of that experience, he betrayed Julia, he asked them to put Julia there instead of him just to escape from the rats. I have though a lot about that scene and I can only come to the conclusion that it is the ultimate torture, because they took from him the only thing that he cared for, his love for Julia, moreover, they took from him the only thing he though cannot be touched by them.

By the way, this book makes me think of Fahrenheit 451 , the novel by Ray Bradbury.The sense that both novels aim to control population toughs by controlling their access to culture. Both authors feared a similar future, and they made it realistic enough to actually think that one day it can happen. It is interesting now, with many years from the novels, to think that we are on the other side, everyone has several copies of a book, there is media in millions of serves, computers, hard drives… and so on and so on. So it is very difficult to alter something that actually happen. However, there is a tendency to store media in a single master file and instead of each one owning a copy, stream the data from one master copy to all the users. That can be the beginning of something like what these books propose. But I’m not that pessimist, I think that culture will never again be controlled at that level and in the future we will see an even bigger diffusion of media, culture, and ideas. 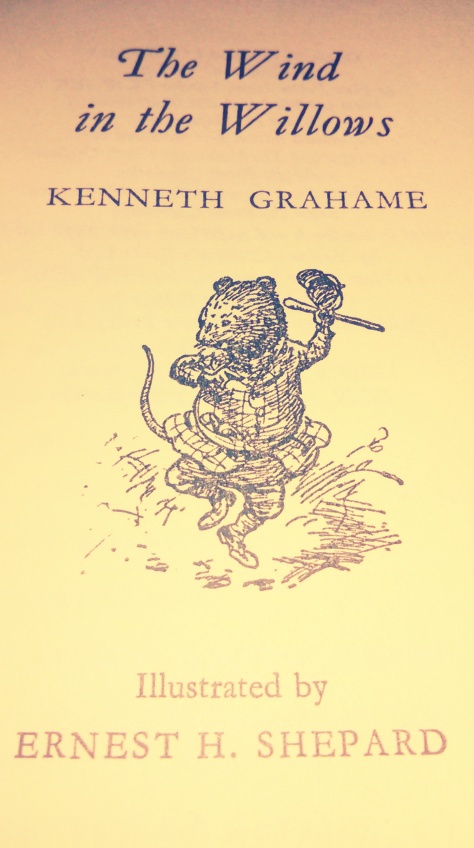 Original title: The wind in the willows.

Title of this edition: The wind in the willows.

Prizes: Mr. Toad was voted Number 38 among the 100 Best Characters in Fiction Since 1900 by Book magazine in their March/April 2002 issue (Wiki).

Synopsis [Warning: Spoiler]: Mole and Rat enjoy their life by the river. Taking picnics, row in the river, and stay by the fireplace in the winter, that’s all their life. On the other side, Mr Toad, rich Mr Toad, likes new adventures. That’s why Mr Toad has been trying motor boats, mobile houses… and now motorcars. Because Mr Toad is obsessed with cars, Mole and Rat have to call Mr Badger to chase Mr Toad and make him a good citizen again. But Mr Toad, refusing to give up cars, scape from his friends custody and steals a car, putting him into prison for it, and letting the Weasels into Toad Hall. The story ends by the 4 friends retaking Toad Hall and coming back to their life as it was before Mr Toad started to be a car-addict.

Personal Review: This book is a real classic among literature for kids, and most of the people I know read it while they where in the school. I don’t remember reading it completely at school, but I do remember parts of the story. That makes me enjoy the book even more, because as I was reading it, coming to a chapter I knew triggered memories of things that happened in my life while I first read it. That’s why I recommend adults to read some of the books they read as a kids, as it will be a good experience.

A part from the previous toughs, I would like to comment that this book has become such a big classic, that it has several TV adaptations. I have seen some of them, and they always focus on Mr Toad and cars (forgetting for instance some very nice adventures like Mole and Rat looking for a lost child in the river, or visiting Badger the first time). Other versions turn the Weasels into more dark characters that trick Toad in order to get the control of Toad Hall. It is not bad, but have in mind that it is not the story as it is told by the book.

I also want to comment that despite the book is fantasy, it has some elements of science fiction. There is some passages where Badger speaks about men and how they came and go and how animals are always there. In particular, Badger house connects with old human tunnels. So… what’s going on here? In other parts of the book Mr Toad interacts with several humans…. so can this be a world where some type of war or catastrophe turned animals into superior lifeforms? Did part of the humanity disappeared? How good/bad is relation between humans and animals? Do they share the same laws? More important, is it ok to eat other animals, and if so, are they intelligent as well or not? I think that if somebody wants, it is possible to turn this into a post-apocaliptic world (like Adventure Time for instance). On the other hand, Mole/Rat/Badger/Toad can be humans whose behaviour imitates those of the corresponding animals, and the authors, instead of dealing with long descriptions, simply characterise them as animals to speed up the storytelling. 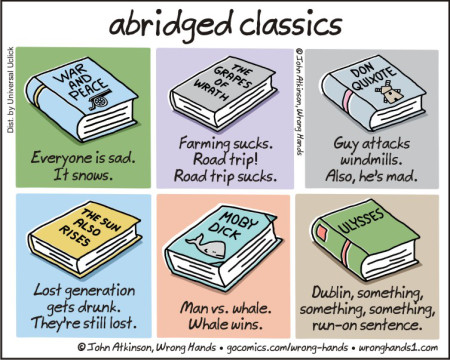 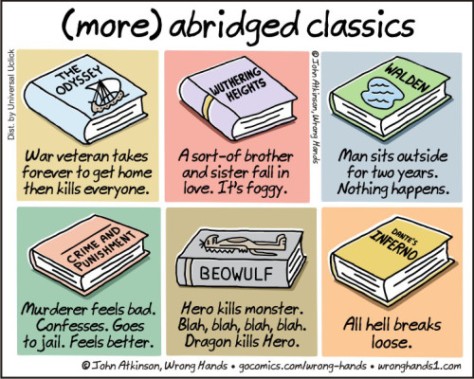 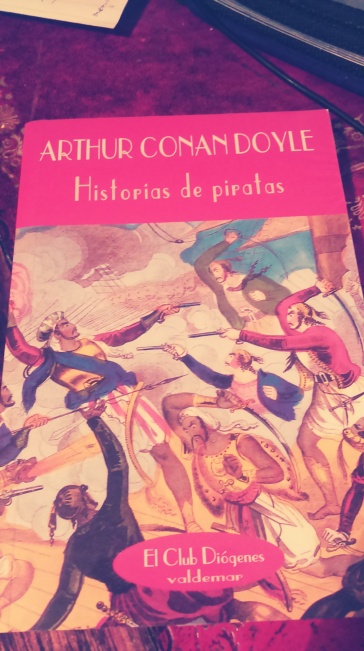 Original title: Dealings of Captain Sharkey and Other Tales of Pirates.

Synopsis [Warning: Spoiler]: This book covers a few stories about pirate captain Sharkey and how he terrorised the Caribbean sea. Basically he is the most ferocious scoundrel in the seven seas. There is nobody as cruel and savage as Sharkey, however, due to his actions, he has lots of enemies who eventually prepare a trap and kill him.

Also in this book there is a short story about a “land pirate” a man that drives his car assaulting other cars to steal from them.

Personal Review: As a Sherlock Holmes fan, I was excited about this book, and it totally fulfil my expectations. Despite being written a long time ago, the pirate tales are completely up to date with bloody battles, savage pirates, and lots of action (in addition, probably the translator updated the language a little bit). I think that if you add some magic and some fun you can easily get Pirates of the Caribbean out of these tales.

On the other hand, the story about the “land pirate” is quite nice and suggestive. Maybe more suitable for a country like USA rather than UK. I would like to see it based in the 70’s with trailers, muscle cars, highways, and pirates in motorbikes… hold on, that’s Mad Max!

In conclusion, this is a book that is worth not missing. It is not Sherlock Holmes but it is also good.

This week… an already funded project, but we liked so much that it deserves to be known. Commodore 64 book.